Click here to see PBS video about The Catalinas

Our new CD is available for shipment now!

The new Catalinas book, written by John "Fessa " Hook,  "Summertimes' Callin' Me" covering the years 1957 to 1968, is now available! John did an amazing job researching this book and it's replete with pictures and the history of the band going back to the very beginning. For your copy, go to borninthecarolinas.com, then click on the tab that says "store". The 2nd edition covering the years after 1968 will be available later this year.

THE CATALINAS were inducted into the North Carolina Music Hall of Fame in 2013 and into the Beach Music Hall of Fame in 1995. 2021 marks the 64th Anniversary of THE CATALINAS which began in 1957.  The Catalinas shows always spotlight our musical roots with music by groups such as Hank Ballard and the Midnighters,  Jackie Wilson, Marvin Gay, Huey Smith, The Falcons, The Del Vikings,  The Gladiolas, Ray Charles and more.  THE CATALINAS classic, "Summertime's Callin' Me", recorded originally in 1975 and written by keyboardist Johnny Barker, is still being played  radio and internet stations and DJs all over the world.  This song is credited by many as the genesis for the genre of music called  "Beach Music",  popular in the Carolinas, Georgia and Virginia. Want to hear beach music on Pandora? Just create a station called "Summertimes Callin Me" or "The Catalinas".

Popular venues available to the general public to see THE CATALINAS perform are scattered around the NC, SC and Va areas. Festivals and Live After Five events are some of the band's favorite venues. In Raleigh, Loafers Beach Club, at North Myrtle Beach at Deckerz, The Galleon and at the Horseshoe, in Charlotte at Lynns Dance Club.  For bookings, contact Johnny Barker at 919-522-9905 or through our email at thecatalinas1@gmail.com.  Our CDs, "Dancin' Romancin", "Line Up", "Anthology", "Summertime's Callin' Me" and others are available from this site.  Want to stay in touch with THE CATALINAS? Join our mailing list here or email us at thecatalinas1@gmail.com.

See you on the dance floor! 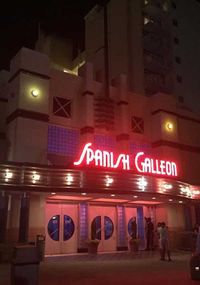 Providing sound for the Industrial Awards 2PM...Band starts at 8 PM